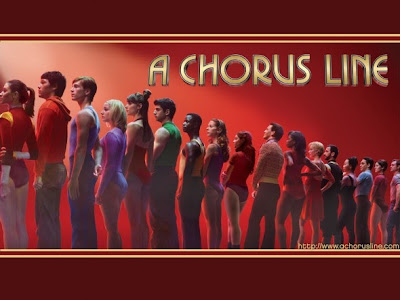 For my birthday my boss gave me two tickets to see A Chorus Line in the theatre and said that someone could sleep at ours for the night. I asked my mum to come up and we had such a lovely weekend! It was made even better by this weather, it was glorious. She got into Victoria at about 9.30am and after going for a coffee we headed straight to Hyde Park to relax in the sunshine. When we got there we decided to get a picnic from a supermarket before we settled down so headed off on our mission. The main thing that drives me a bit crazy about London (and it's probably true of most big cities) is that unless you know where things are, you'll never find them. There have been so many instances when I needed to get to a supermarket for example, and have waked three miles to get to one only to find out that there was one five steps from my starting point. I think this was the case on Saturday. We walked around two miles in the sweltering heat to find a Marks and Spencers or a Waitrose, ANYTHING.

Finally we saw an M & S and chose our picnic. We were hot and hungry by then so all of the crisp salads and glistening fruit looked so inviting. Our eyes were a little too big for our bellies and we chose salads, sandwiches, fruit, olives, cous cous, crisps and Eton mess. It was so delicious. We also got some still lemonade with ginger which was so refreshing and thirst quenching, great in this heat. 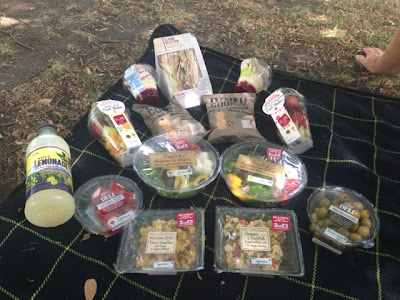 Hyde park was so busy. My mum couldn't get over the amount of people but I suppose that less people have gardens up here and the park is kind of the Londoner's answer to the beach. We set up our blanket under a shady tree and relaxed for ages. We even had a little nap after lunch. It was nice to just spend time together talking and people watching. I always feel guilty about being in London and not 'doing' something but I had never been to Hyde Park before so that satisfied me enough!

We then went to the theatre to see A Chorus Line. I'll do a full review about it in a few days but I'll tell you now that it was superb. It's the best musical I've seen to date (War Horse counts as a play hehe).

After the theatre we made our way back to Waterloo to get on the train and got a burger for the way home. We got to the house, mum managed to maneuver the stair-gates okay and not wake the children which was a bonus, and it was soooooo hot in my room. We were both knackered so we pretty much brushed our teeth and went to bed, after opening all the windows.

We got up about 9am the next morning, I got a cup of tea in bed which is such a luxury. We went into Richmond and had breakfast in Carluccio's. We both had a latte and an almond croissant which were gorgeous, plenty of marzipan inside. Before, when we came up for my job interview we missed the coach home by about three minutes. Mum was knocking on the door as he was leaving the coach station but he wouldn't let us on. Because of this we are both a little nervous about arriving on time so we went to Victoria straight away just so we were already there and didn't have to stress about travelling across London. We sat outside Starbucks and chatted for hours. It always amazes me how we can still have things to talk about even though we had been talking for hours the day before. I am so proud to say that my mum is one of my best friends and we have such  good time together.

Once I had seen mum on the coach I headed home. The tube was ridiculously busy because everyone had gone out to enjoy the sunshine and it was boiling. I went straight to bed that night and didn't need any rocking.