On a delayed train between Manchester and London the image of an eleven year old wizard with a lightening shaped scar on his forehead popped into a woman's mind. That woman was of course J.K.Rowling and that boy was Harry Potter. The first book, Harry Potter and the Philosopher's Stone was released in 1997 and ever since then the world's love of this young wizard and his creator has been growing and growing.

I have always loved the Harry Potter books. I was six when the first one came out and I remember adoring it. Over the years as Harry, Ron and Hermione grew up, so did I and the Harry Potter series really does remind me of my childhood. There are many, many happy memories attached to the novels. The films came out and even though I didn't enjoy them as much as the books they were still good. The story line is magical no matter if its on paper or a screen. So, when I saw an leaflet for the Harry Potter Studio Tours around a year ago I knew that it would be very high on my list of places to visit in London.

I was a bit worried. I was so excited to go and I had built it up so much in my head, would it be a total let down? Would I be disppointed? Well, the short answer is no I bloody wasn't. 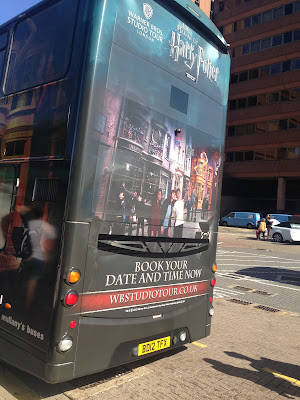 The studios are in Watford, I needed to take two buses and two trains, and because I was quite nervous about missing my allocated time slot I left really early. It wasn't needed, door-to-door the whole journey took me around one and a half to two hours. There is a regular shuttle bus which operates from Watford station so I rode this to the studios, they played Harry Potter music the whole way there and I really felt like I was going to Hogwarts! 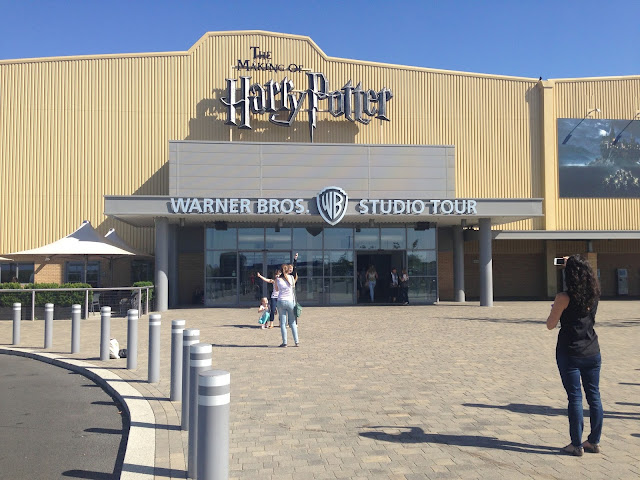 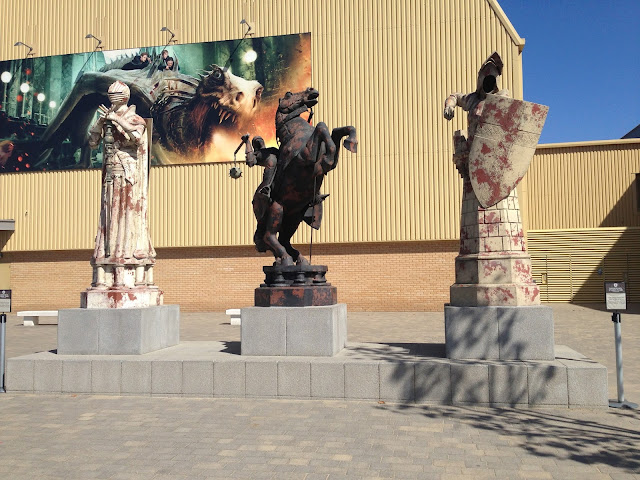 The outside of the tour didn't really look like anything special. It basically just looked like a massive aircraft hanger with some Harry Potter artwork on the outside, but I wasn't expecting a scale model of Hogwarts so it's okay. There were some original chess pieces outside though. 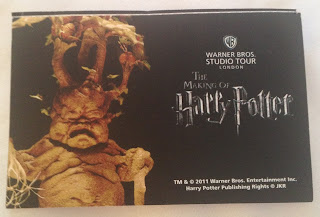 I collected my ticket, it had a Mandrake on it and I thought that was a strange Harry Potter creature to have on all the tickets. Then I saw the someone had Fawkes!! I must say that I did feel rather cheated at getting a Mandrake, hehe. I also paid for an audio guide. It was like an iPhone with a case and headphones, and a lanyard so you could wear it around your neck. It was really good and had loads of extra information on it. A lot of these audio guides just repeat the information which is already written down but this didn't do that. I paid £4.95 for it and it was definitely worth it in my opinion. 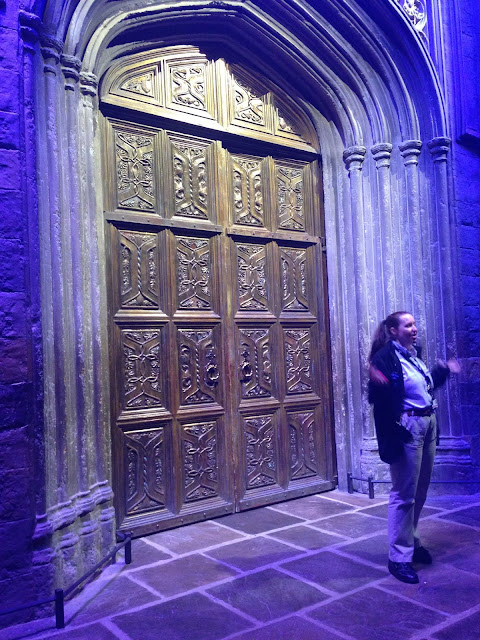 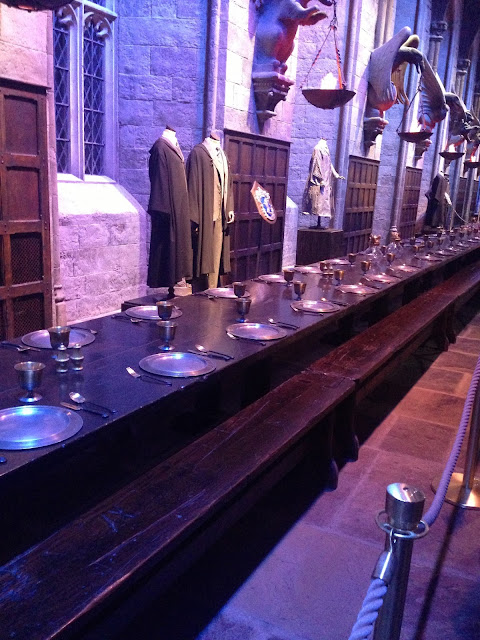 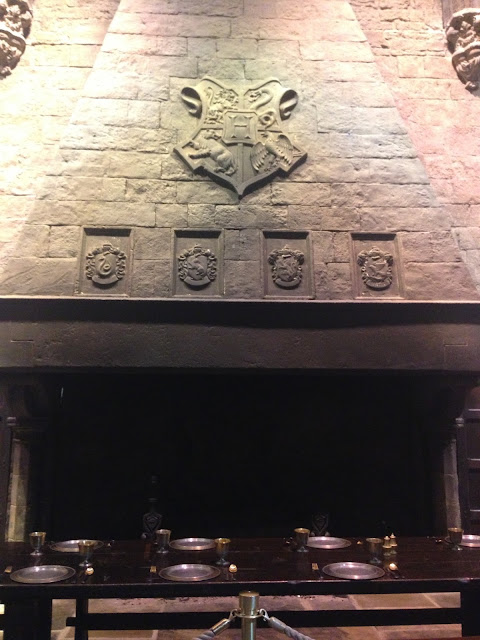 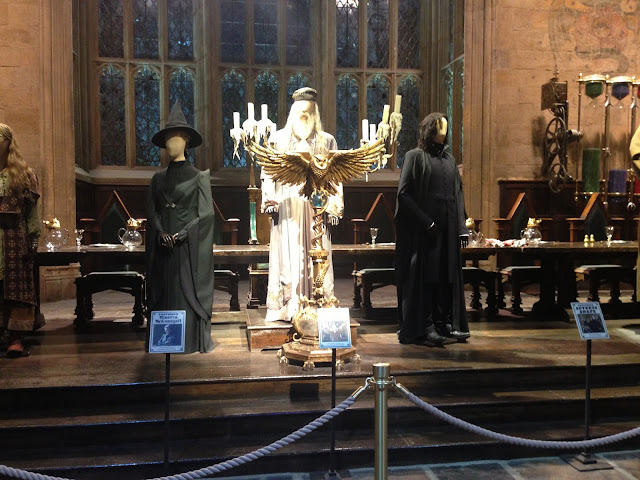 The member of staff talked throughout the time we were in this room, telling us interesting facts about some of the props, the room's role in the films and some information about the actors. We then went through to the first section of the tour and we were left totally to our own devices, we could take as long as we wanted to look at everything. There was a mixture of rooms from the films which had been set up identically, Hagrid's hut, Snape's dungeon, Dumbledore's office, there was costumes, hair and make-up displays, and there were props displayed on their own. There was such a wide range and eclectic mix of items from the films. 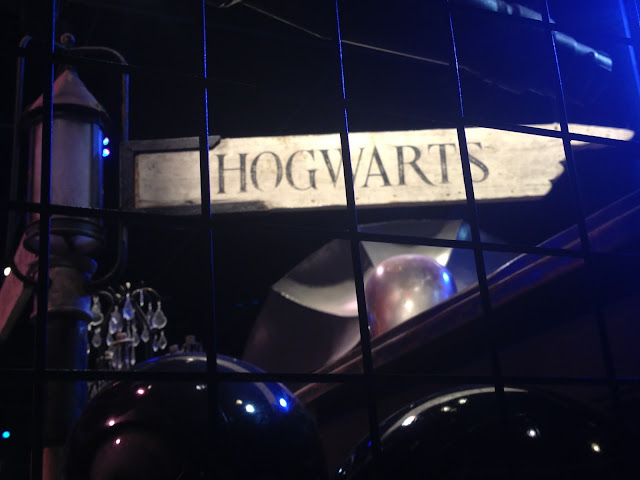 You were then directed outside into a large courtyard which contained a small number of food outlets, a butterbeer stand and some more of the larger props. 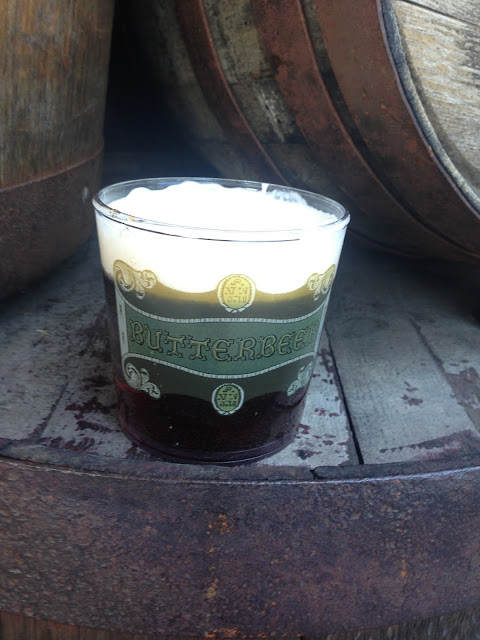 I had some butterbeer! I am very pleased with this fact. It was delicious, the 'head' of the beer was so sweet and tasted like caramel and butterscotch which I expected but the liquid was cold and fizzy. It tasted like caramel too so it was a little bit weird at first. It was really nice one I'd gotten used to it. It was quite expensive, £2.95 for a plain plastic beaker of the butterbeer. I paid £2 extra to have it in a tumbler which I could take home. They even had a little 'tankard wash' so you didn't have to put the sticky cups in your bags, great idea!


The last part of the tour was smaller than the first. It was made up of a creature shop, which had many of the dummies, prosthetics and models used in the films. There was also a big set of Diagon Alley with the shop windows all decorated. One of the staff members was doing a demonstration on how they got the 'Lumos' spell to work in the films, it was interesting. They had then displayed lots of the drawings and models which the film crew had used to design the final image of the set.


I thought that this was the end of the tour and to be honest it was a bit of an anti-climax. Then I walked around the corner... 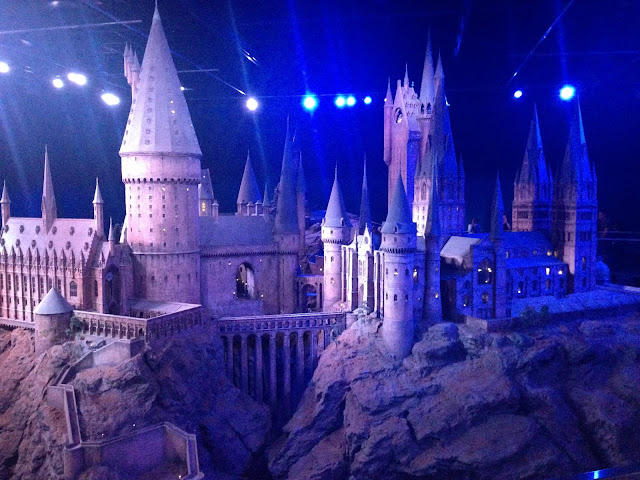 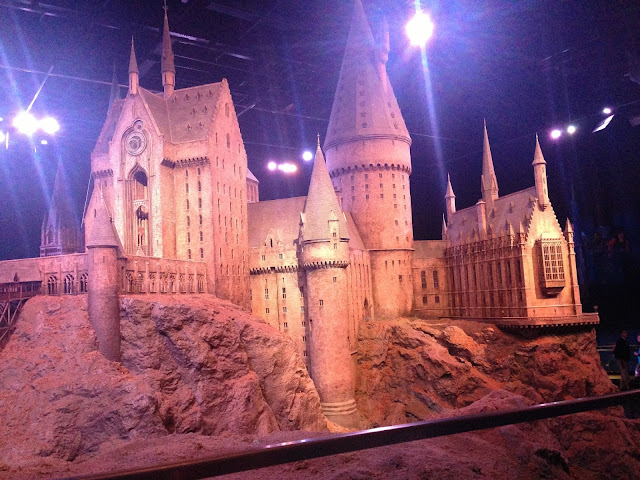 It was so beautiful. I cried. Again. It was amazing. This is the model which they used to film most of the exterior shots of Hogwarts.

Overall I thoroughly enjoyed the day. The place was exceptionally clean, the toilets were immaculate and I hardly saw a piece of litter throughout the whole day. I hadn't realised how much detail had gone into the film sets. There was fake lichen put on one house, who would have seen it in the film?? In Ollivander's wand shop there was over 5,000 individually boxed wands and each had a handwritten label. Incredible. Yes, it was expensive. I went on my own so it wasn't too bad but if I'd paid for a family ticket plus all the extras on top then it would have been extortionate but no-one's forcing you to buy anything other than the tickets, you don't have to so I don't see why people complain. The gift shop had some nice things but they were also crazily overpriced in my opininon. I bought a keyring and two postcards, that was all. This was one of the best things I've done in London, it was great. I would thoroughly recommend it, it was totally worth the money and I would definitely go again. I was a bit worried that now I know how they did some of the effects and costumes the Harry Potter series would lose some of its magic but it hasn't at all. If anything seeing how much everyone loves the series, even the directors, producers, costume designers, everyone who worked on the films, has only reinforced the magic and childhood memories which these books and films induce. Sorry that this post is a bit 'photo heavy' but it was really hard to decide which pictures to include and which not to, it was all so great!