Getting Rooted in New Zealand Review and Author Interview 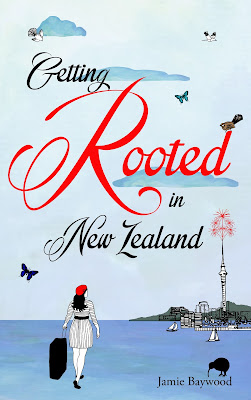 Craving change and lacking logic, at 26, Jamie, a cute and quirky Californian, impulsively moves to New Zealand to avoid dating after reading that the country's population has 100,000 fewer men. In her journal, she captures a hysterically honest look at herself, her past and her new wonderfully weird world filled with curious characters and slapstick situations in unbelievably bizarre jobs. It takes a zany jaunt to the end of the Earth and a serendipitous meeting with a fellow traveler before Jamie learns what it really means to get rooted.

I really enjoyed this book. It was a funny, down to earth account of moving to and living in a new country. There was no sugar coating, it seemed that Jamie had a really difficult time living in New Zealand and it made me think hard about what it means to move abroad. I have already moved from England to Wales for my job and that was extremely difficult at times so would it be even worse in a different country? Especially with all the cultural and environmental differences. I love books which are set out in diary form. It usually makes them concise and to the point, I find there is much less rambling. Some of Jamie's 'diary entries' were just a sentence long but they were often observant and hilarious. It surprised me as to how much of the vocabulary in New Zealand and the UK is the same, crisps not chips, biscuits not cookies, and these little language details which Jamie included were so interesting. Overall, four stars for this book. 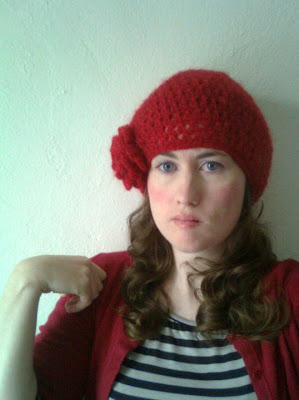 Jamie Baywood grew up in Petaluma, California. In 2010, she made the most impulsive decision of her life by moving to New Zealand. Getting Rooted in New Zealand is her first book about her experiences living there. Jamie is now married and living happily ever after in the United Kingdom. She is working on her second book. Jamie was kind enough to answer a few of my questions.

What was the most difficult thing about moving abroad? And what was the best?
Following my dream to live abroad by moving to New Zealand was absolutely liberating. New Zealand turned me into a writer. I have absolute gratitude for every experience and everyone I met. It taught me to trust myself and believe in myself. New Zealand is such a beautiful country. Beaches, mountains, glaciers, lakes, forests, islands, New Zealand’s got it all. It has such freshness about it, like the islands just emerged from the sea. It feels like anything is possible in New Zealand. I also loved the quality of light in New Zealand. It was like looking through a polarized lenses, but more intense. Everything is so colourful and vibrant.

Dealing with visa restrictions has been the most difficult things about moving abroad. In New Zealand, it greatly limited my options for employment. Overall, I found the New Zealand immigration office significantly easier to deal with than the UK Border Agency. From my personal experience the New Zealand immigration office were efficient. All of my visas in New Zealand were processed in a couple of weeks. Although I was married in January 2012 in the UK, my marriage visa was not approved by the UK Border Agency until September 2012.

What attracted you to eventually living in the UK?
I’m from California. In my mid-twenties, I had bad dating experiences in California and a dream to live abroad. I read in a tour book that New Zealand’s population had 100,000 fewer men than women. In the attempt to have some ‘me time’ I moved to New Zealand. I eventually met a Scottish man that was also on a work visa living in New Zealand. We’ve been trying to figure out where in the world to live together and how. We have been living in the UK since winter 2011. I am currently on a visa in the UK called an Extension to Stay as the Spouse of a UK Citizen. This visa will expire in 2014. We are deciding now if we should go through another round of visas for me to stay in the UK or if we want to try living somewhere else in the world. We are seriously considering moving back to New Zealand next year.


How do you balance your writing with your home life and children?
My funny writing style was one of the things that initially attracted my husband to me when we began dating. He wants me to succeed as an author. He is currently working on a MA in Landscape Architecture. As a couple we give each other time and space to work on our own independent creative projects and encourage each other to follow our dreams. A lot of the time he will be in the same room with me as I write working and he works on his own projects.


Do you have a designated writing space? If so, what is it like?
Although I have no trouble committing to my husband, I’m having trouble committing to furniture. Once you get your life in a suitcase, it’s hard to go back to having things again. The idea of having a full set of furniture like a desk makes me feel claustrophobic. I’ve been sitting on pillows on the ground and typing on a coffee table.


Do you have a special time to write or how is your day structured?
I constantly make myself notes. This summer in Wales, I was scribbling stories on the backs of maps and Google directions as a passenger in the car. I also send myself text messages or emails riding in
trains or buses. It might not look like I’m writing a book if one was to observe me, but I am constantly watching, listening and thinking about writing.


Did you self publish? How did you do it?
I’ve just completed an MA in Design. Designing, publishing and marketing my book was my dissertation project. I had to do everything within a couple of months. Self-publishing was the fastest way to publish within the very limited time scale I had. Self-publishing is one person taking on all of the responsibilities typically held by teams of people in traditional publishing companies. It has been a steep learning curve. Publishing my book was my way of transforming poison into medicine. I hope that it can help people that have had bad dating experiences or bad work experiences – make them laugh and not give up hope.


How long did it take you to get your book published?
Most of the book was written as the events happened; it just took me a few years to work up the nerve to publish. To write my book Getting Rooted In New Zealand, I relied upon my personal journals, e-mails, and memories. In February 2013, I organized my stories into a cohesive narrative. It went through several rounds of editing and then I published in April 2013.

Do you have any advice for aspiring writers?

Be yourself and find a good editor.


What is your next book about?


I'm very much looking forward to Jamie's next book, especially if this one is anything to go by!