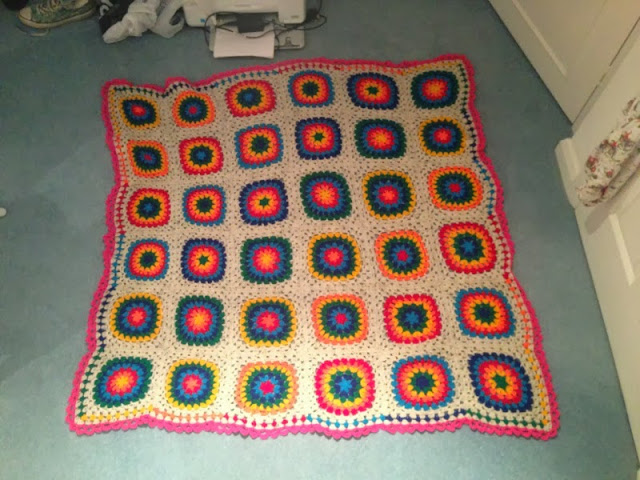 It was my Gran's birthday last week. For Christmas I crocheted her some coasters which went down very well (she cried when she opened them!) so I decided to make her something special for her birthday.

I'm a bit obsessed with granny squares. They're so quick and versatile, you can make a beautiful item in just one weekend. I love that granny squares come together so quickly and I love how many different effects you can make. I had a look on good old Google and I found this tutorial on Signed With An Owl. I really liked the design, it was striking but simple and I knew that I'd be able to have some fun with the colours. 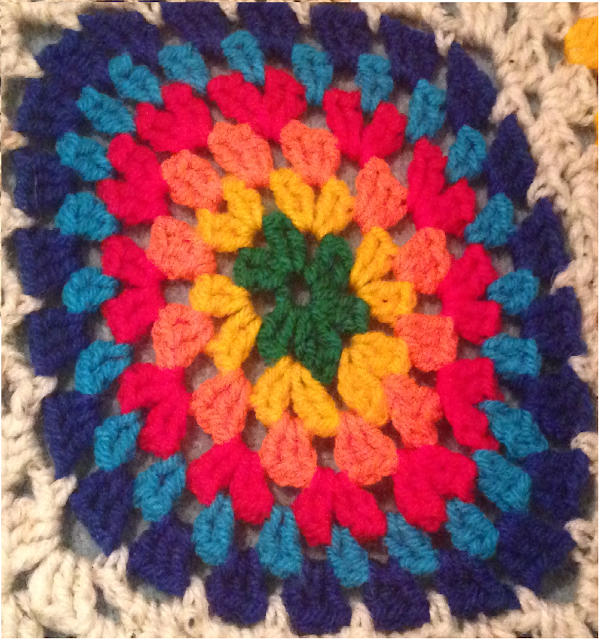 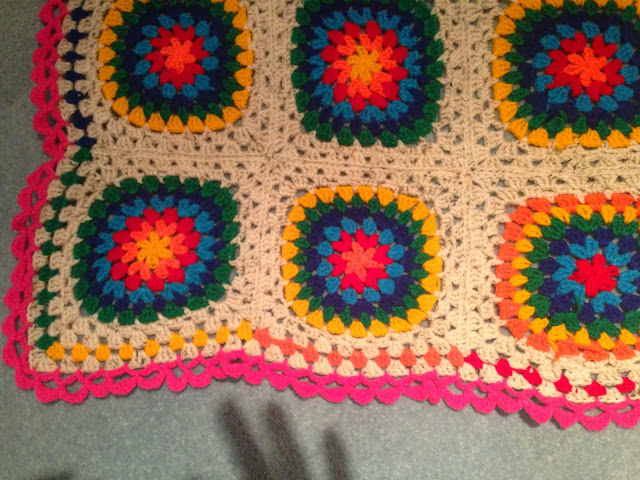 When I had made all thirty-six squares I started to arrange them. I decided to arrange them in this order (the colour refers to the yarn used on the sixth row of the circle), Y, O, R, LB, DB, G. For the next line I took the colour used in the first column and brought it to the end, giving the colours a diagonal effect. The second row's colour pattern was O, R, LB, DB, G, Y. I did this for the next four rows until I had aranged the whole blanket. I then sewed the squares together. I was very new to crochet and didn't know that there is actually a crochet technique to join granny squares, which you can see here, so I just sewed them with a running stitch. 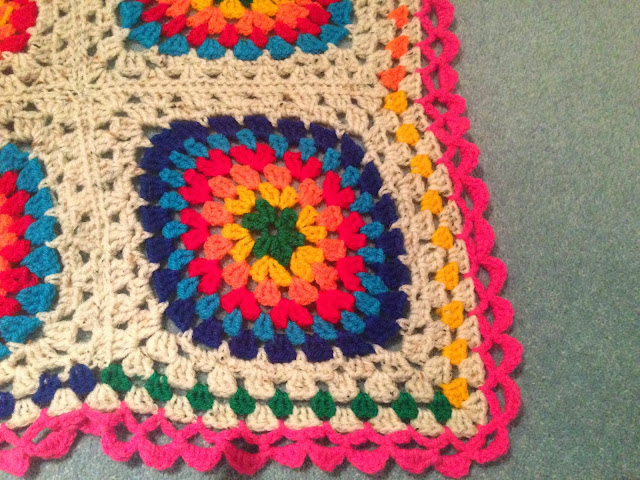 Once I had my whole blanket pretty much done I started to go right around the edge. Now, as I mentioned just now, I was very new to crochet so some of the squares were a little wonky, causing the edge to ripple a little bit. To try to minimise this I went right around the outside in C. I then crocheted round the outside again using a different coloured yarn for the length of one square using the pattern G, DB, LB, R, O, Y, repeating on each side. I went round it all again with C.

I was happy with it, it looked much tidier, but I wanted something which would really finish it off. After trying out a few different borders, I found this one on Attic 24. It was quite time consuming but I felt that it really finished the blanket off nicely. I did mine in P.

To completely finish it I ironed it on the wrong side (I tested the iron on a small piece first to make sure it wasn't going to melt into nothing), folded it up and wrapped it in some pretty paper. My gran was so pleased with it, she wore it for the rest of the afternoon, once she had opened it. All together it took me about nine months! But I like to flit from project to project leaving some unfinished to come back to later so it wasn't a whole nine months spent on this one thing! 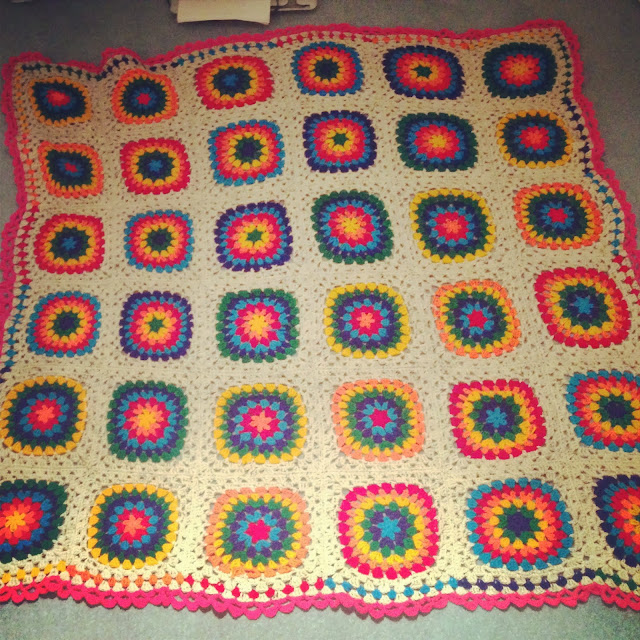 I hope that people are able to understand this blog and it's not just a screen of weird letters, it's the first time I've written a tutorial (I use the term tutorial VERY loosely!). I'm sorry for the lack of useful pictures too, I'll try to take more for my next project! If anyone has any pointers then please leave a comment, suggestions are very welcome!