A musical inspired by the lives of Anna Mae Bullock (known as Tina Turner) and Ike Turner. The story line was simple, it didn't go into too much detail about the segregation which was going on at the time and later there are about two minutes dedicated to feminism so it skims over some important historical details. It was quite wooden and some of it seemed obviously written just to point out certain details rather than allowing you to come to the decisions yourself. I knew nothing about her life before watching this and I was really interested to find out more. There were moments which were incredibly sad. Tina seemed like such a strong, independent woman but at times she seemed miserable and resigned to the fact that she would be treated badly by Ike.


The story was good but my God, the music was fantastic. Featuring hits like 'River Deep, Mountain High' and 'Proud Mary' they were definitely songs to get you singing along and dancing. The band on stage were absolutely flawless, playing their instruments very well and really bringing the songs to life. The Ikettes sang beautifully and had voices which really complimented Tina's.


Jenny Fitzpatrick, who played Tina, was amazing. Her dance moves were so like Tina's that you could have mistaken her for the real thing, hip thrusts, fluttery arms and stiff legs in all the right places. It really was uncanny. Her voice was flawless, belting out a strong song one minute then the next caressing a gentle note. Ike, played by Chris Tummings, was also very believable. At times he seemed so vulnerable and you felt sorry for him but there were other times where you hated him for the things that he was doing.

At the end everyone was up on their feet dancing and having a great time. The sometimes weak story line was really supported by the great music and the sing-along soul songs were great. 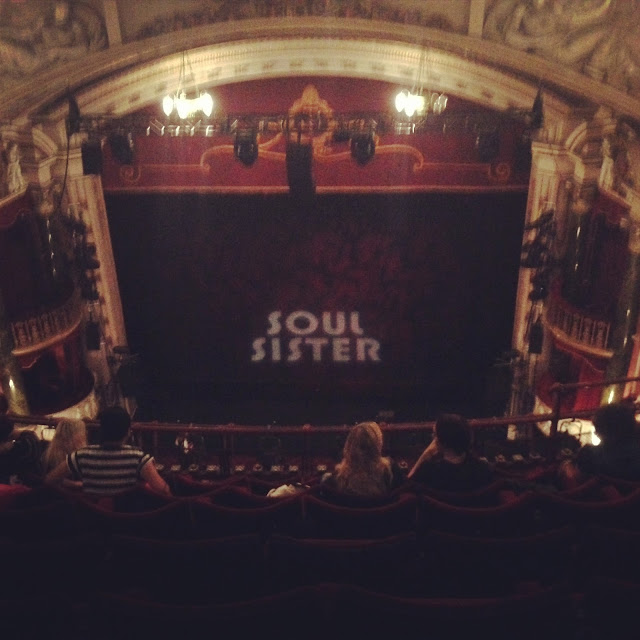 I saw this musical in the New Wimbledon Theatre which was a great venue, old fashioned and ornate. I sat in the upper circle and it was almost empty which was such a shame. Surprising too because the show was on tour, only staying in each theatre for a few days, and I think the tickets cost about £12. I would have thought that the price would have enticed people but sadly not, There was only about five percent of the seats filled in the upper circle.

I would recommend this musical, the songs really made it for me, who can go wrong with a bit of Simply The Best??