Over the weekend I went back home to Pembrokeshire. I don't usually go home just for the weekend because it works out that I only get about 36 hours there so it's normally pointless. However, this was special occasion. It was my Gran's 72nd birthday. Also, all of our immediate family came to my mum's house for a bit of a party so I would have hated missing it.

Altogether there was thirteen of us, my gran, my mum, her two sisters and their partners and kids. I say kids but the youngest one is nearly 13 and the oldest is 24. I wonder when we'll stop being 'the kids'. Probably when we have kids of our own! My brother, myself and two of my cousins are really close. We spent a lot of time together when we were growing up and we are basically all brothers and sisters. We get on so well, most of the time, and we can really have a laugh together.

We don't all get together as often as we should, I think the last time we were ALL there was about a year ago but my Gran loves it so much when we're all under the same roof. We told her she was like the Don, sitting around with her family proudly and her chest puffed out. We are her achievements in life though. She didn't really climb the career ladder, she was a housewife when her children were young so we are the thing which she's put her life into, her family. She enjoyed the whole day. All of the women in the family can talk for Britain and I don't think the boys get a word in edgewise sometimes but they're used to it by now. 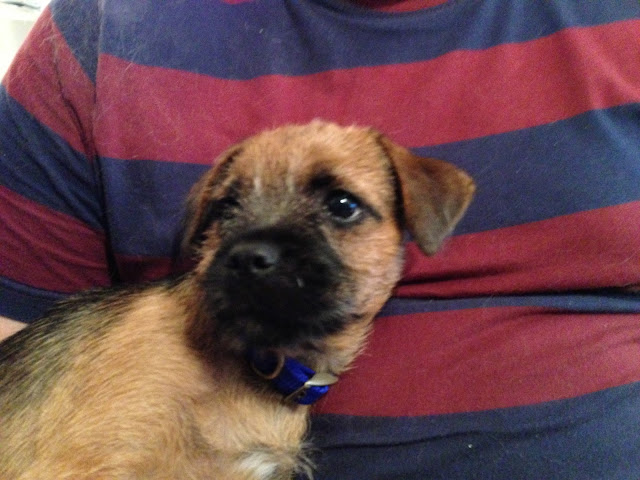 It was also nice to see Oscar, my Gran's puppy, again. I hadn't seen him for four weeks, since I was last home, and he has grown quite a lot! The one thing I hadn't counted on though was her utter devotion to him. When I gave him to her I knew that she would enjoy his company and like going for walks with him but she is absolutely besotted. She took him off on their own in the living room for a while so her could 'have a nap', she held him whilst we were eating AND fed him at the table when she thought nobody was looking. I'm telling you, if that had been one of us with our dogs she'd have killed us!! My mum and her sisters have all had dogs for a long time and we've been trying to persuade her to get one for a while and I think it has been one of the best decisions she's ever made.

It astounds me how attached people become to their pets. At the end of the day they're just animals, but it doesn't stop them worming their way into your heart. When our old dog died eighteen months ago we were devastated and the house seemed so quiet even though we still had two other dogs. We still talk about him almost everyday now, we grew up with him and loved him with all our hearts. I'm just glad that she's so happy with her new baby (her words, not mine!).

I gave her a crocheted blanket. I'd been working on it for about nine months and I was really pleased with how it turned out. It was the first big(ish) blanket I've ever made so it was a learning curve, there are definitely things I would do differently next time, but all in all I was pleased with it. My Gran loved it which was the main thing, she wore it around her, and Oscar of course, for the rest of the day. Here's a sneak peek at it but I'll be doing a full post on how I made it another day :) 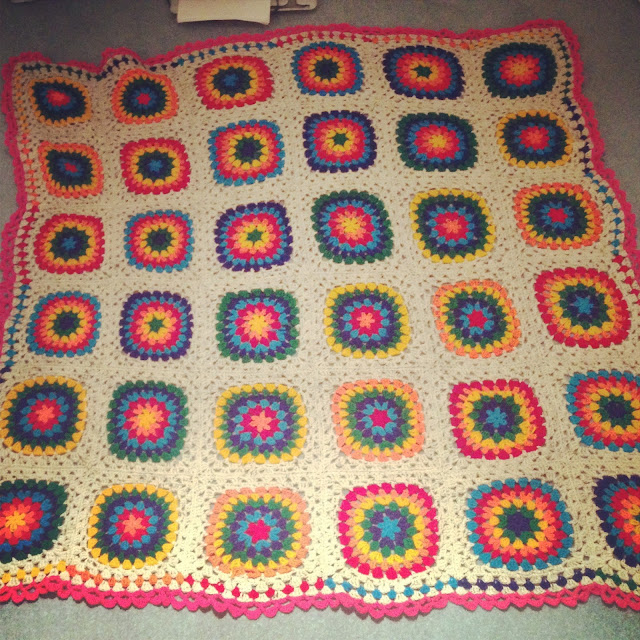 I hope you've all had a lovely weekend and you have a great week ahead of you :)